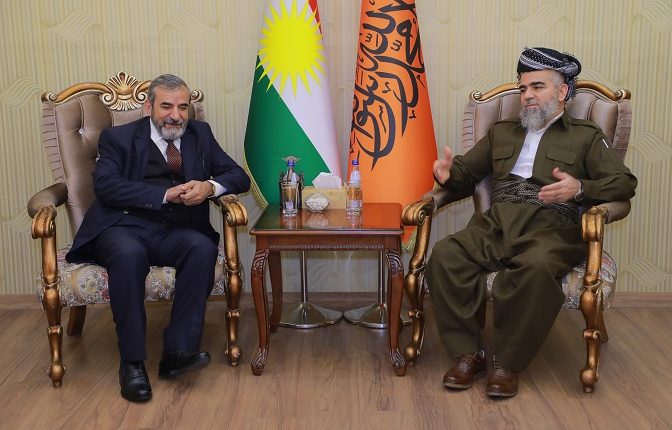 Sheikh Ali Bapir, the Chair of Komal received Salahaddin Bahaaddin, Secretary General of Yekgirtû on Monday, the 27th of January 2020. The bilateral summit between Komal and Yekgirtû took place in Bapir’s special office in Erbil.

On his part, Sheikh Bapir again extended his congratulations upon the success of Yekgirtû’s latest General Congress.

During the private session, the overall situation of both Iraq and Kurdistan region was discussed in detail. Both sides reaffirmed the significance of rapidly responding to the legitimate demands of protesters and appointing a new Iraqi Prime Minster based on justice and the mutual interests of the Iraqi peoples.

Regarding Kurdistan Region, both Bapir and Bahaaddin shared the same views on the need of comprehensive and wide-ranging reforms for improving the daily life of people, and securing their livelihoods. All parliamentary caucuses should take up a strong and unified position for achieving the aforementioned goals. Furthermore they have to transform their words into action. 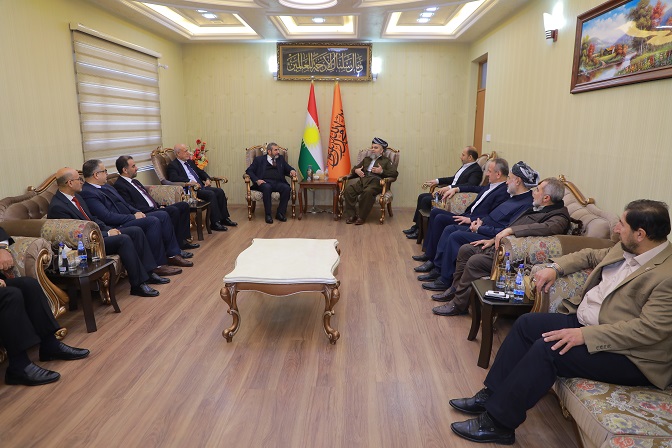 Dec 1, 2018
Sheikh Ali Babir's call for the protection of Christians and the followers of other religions
Ali Bapir’s channel on YouTube
«
Prev
1
/
448
Next
»